With their vertical pupils and opposable thumbs, Phyllomedusa are easily some of the most distinguishable of all tree frogs. However, it is their peculiar form of locomotion that is perhaps their most striking feature: when seen walking slowly down a branch with their bodies raised, they appear decidedly ‘un-froglike’. Studies into their anatomy reveal that they possess a specialized musculature that not only allows them to move their limbs independently (as opposed to the simultaneous bilateral hopping motions of most other frogs), but also gives them a ‘precision grip’ which enables steady movement over thin branches. This grasping ability is rare among animals and is shared predominantly with higher primates, hence leading to one of their common names: ‘Monkey Frogs’. Coca, Ecuador. 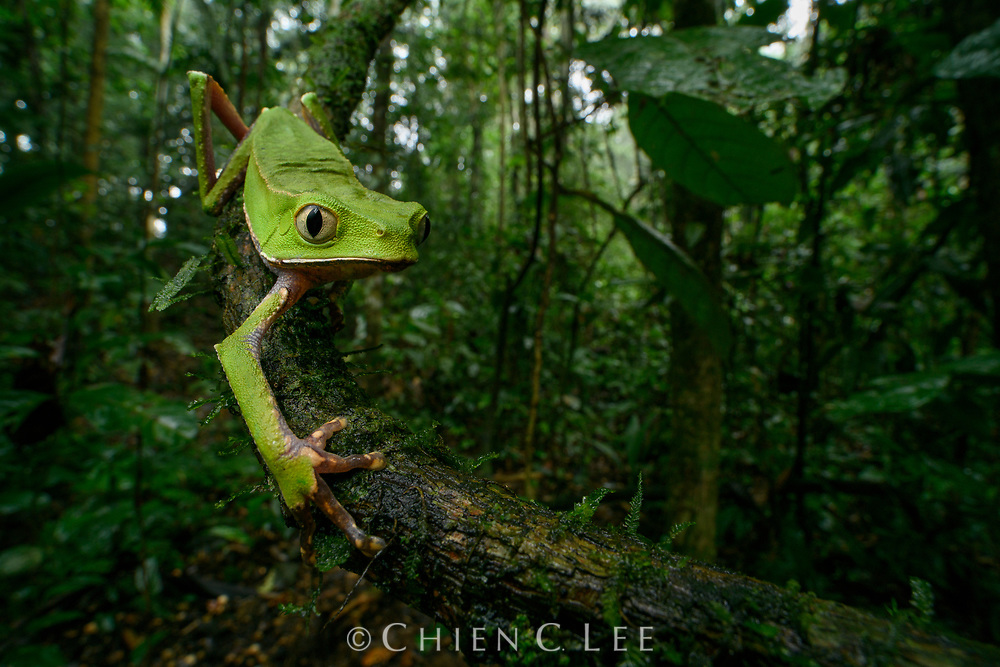