Venezuela’s fabled tabletop mountains may have once inspired Arthur Conan Doyle’s science fiction novel “The Lost World”, where he imagined the summits to be home to a plethora of gigantic prehistoric creatures that had been separated from the evolution of life on the rest of the planet for eons of time. Disappointingly, dinosaurs were never found on these mountains and, despite being home to many endemics and indeed a fair share of “living fossils”, recent genetic studies have shown that many species in fact have likely arrived well after the tepuis had been fully formed. This reveals that the imposing rocky cliffs, which seemingly isolate the summits from the jungles below, may not be as significant a physical barrier for dispersal as once believed. This young Boddaert's Tropical Racer (Mastigodryas boddaerti), encountered on the plateau of Auyán Tepui, is a widespread species in northern South America, and although prey is scarce on these mountaintops, it presumably hunts for endemic frogs. Canaima National Park, Venezuela. 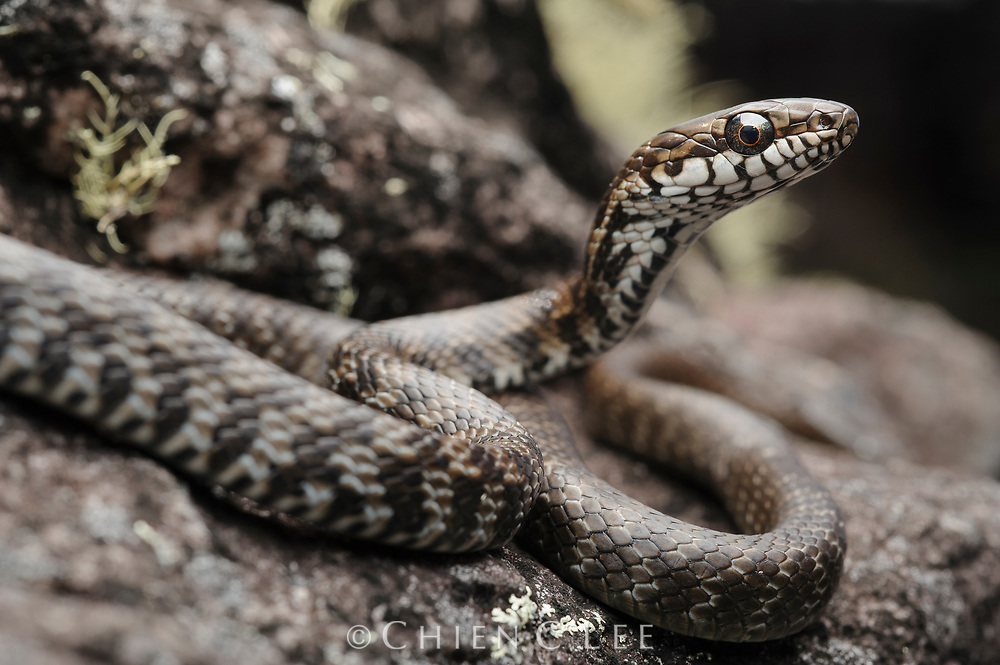